My new book, How To, comes out next month! You can preorder it on Amazon, Barnes & Noble, IndieBound, and Apple Books.

I’m really excited about it! Here’s the first preview of what’s inside: 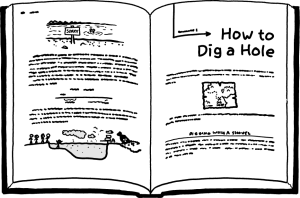 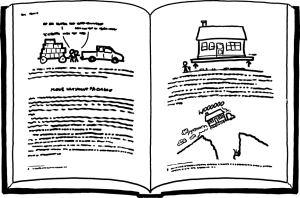 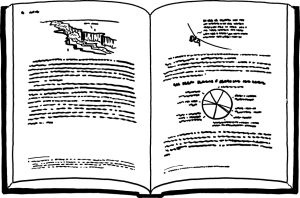 In addition to the main chapters, the book also features short guides on topics including tornado chasing, dog walking, and highway engineering.

This is a book of bad ideas.

At least, most of them are bad ideas. It’s possible some good ones slipped through the cracks. If so, I apologize.

Some ideas that sound ridiculous turn out to be revolutionary. Smearing mold on an infected cut sounds like a terrible idea, but the discovery of penicillin showed that it could be a miracle cure. On the other hand, the world is full of disgusting stuff that you could smear on a wound, and most of them won’t make it better. Not all ridiculous ideas are good. So how do we tell the good ideas from the bad? We can try them and see what happens. But sometimes, we can use math, research, and things we already know to work out what will happen if we do.

When NASA was planning to send its car-size Curiosity rover to Mars, they had to figure out how to land it gently on the surface. Previous rovers had landed using parachutes and air bags, so NASA engineers considered this approach with Curiosity, but the rover was too large and heavy for parachutes to slow it down enough in Mars’s thin atmosphere. They also thought about mounting rockets on the rover to let it hover and touch down gently, but the exhaust would create dust clouds that would obscure the surface and make it hard to land safely.

Eventually, they came up with the idea of a “sky crane” —a vehicle that would hover high above the surface using rockets while lowering Curiosity to the ground on a long tether. This sounded like a ridiculous idea, but every other idea they could come up with was worse. The more they looked at the sky crane idea, the more plausible it seemed. So they tried it, and it worked.

We all start out life not knowing how to do things. If we’re lucky, when we need to do something, we can find someone to show us how. But sometimes, we have to come up with a way to do it ourselves. This means thinking of ideas and then trying to decide whether they’re good or not.

This book explores unusual approaches to common tasks, and looks at what would happen to you if you tried them. Figuring out why they would or wouldn’t work can be fun and informative and sometimes lead you to surprising places. Maybe an idea is bad, but figuring out exactly why it’s a bad idea can teach you a lot—and might help you think of a better approach.

And even if you already know the right way to do all these things, it can be helpful to try to look at the world through the eyes of someone who doesn’t. After all, for anything that “everyone knows” by the time they reach adulthood, every day over 10,000 people in the United States alone are learning it for the first time.

That’s why I don’t like making fun of people for admitting they don’t know something or never learned how to do something. Because if you do that, all it does is teach them not to tell you when they’re learning something . . . and you miss out on the fun.

This book may not teach you how to throw a ball, how to ski, or how to move. But I hope you learn something from it. If you do, you’re one of today’s lucky 10,000.